10 Famous Logos and their hidden meanings

Logos are the best way to represent your company in a single small image.

A clean and eye-catching logo might even increase the popularity of your company. But not all logos are just a mean for representing your company, some logos also have a meaning or a motive hidden in them, which are not recognizable on the first look. Here are the Top 10 logos with hidden meaning.

You might have wondered the reason of the arrow in Amazon’s logo, pointing from a to z. The real reason for the presence of the arrow is to show that all things from a-z are present for retail at Amazon. On afterthoughts, that arrow also represents a smiling face.

The Apple’s logo simply shows a bitten Apple as the fruit from the “Tree of knowledge” in the story of Adam and Eve in the Bible.

The white lines crossing through the IBM in the lower right in Big Blue’s logo, highlight the shape of “Equal” sign, therefore giving the message of “Equality”.

The simple yet meaningful logo of Mobil is made of red and blue colors. The red color in it shows strength while the blue colors is a mean of showing faithfulness and security in the company.

The FedEx logo, though quite simple has a powerful meaning hidden it. If you look closely at the red Ex in the logo, you’ll realize that the white space between E and x is an arrow pointing towards the right. This right or forward arrow highlights the importance of moving forwards towards the feature.

I have always wondered about the four circles in Audi’s logo. Now I have come to know that those four circles are there to to show the 4 companies: DKW, Horch, Wanderer and Audi, that were part of the Auto-Union Consortium in 1932.

The famous car manufacture, BMW’s circle logo shows a propeller of a plane in motion, while the blue color represents the sky. This is because BMW was a the manufacturer for engines for the German military planes in World War II.

The rounded logo of Mercedes-Benz with a three-cornered star in between, has three white spaces which represent land, sky and sea. The meaning of this is that Mercedes-Benz is dominant over them all.

The world-famous Japanese manufacturer’s logo, shows three ellipses. Each eclipse representing the heart of customer, the heart of the product and the heart of technological progress and limitless opportunities of the future. 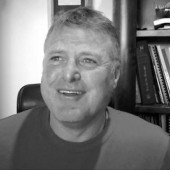 P. J. Tranter Wealthness Instructor and Entrepreneur | Through The Omniscience Principle and The Philosophy of I ... I broke free. I battled failure, depression and the enormous pressure to succeed for some twenty years ... I won! The experience changed the way I think, the way I see the world, the way I interact with people, the way I work. It changed my attitude towards business and the way I live. It changed my life completely and WILL change yours … it WILL set you free.

How To Steal Yourself Great Ideas, Products & Services!

A Valuable Leadership Lesson From The Wolf Pack

Every Day Without Laughter Is A Day Wasted